CommonsHood is a Blockchain based Wallet app that aims to provide the general public with a tool not only to distribute cryptographical tokens, but also to create new kinds of tokens for their own purposes. CommonsHood allows users to create new kinds of tokens simply via the app or its web interface, while, currently, this possibility resides only in the hands of technologists. Thus, CommonsHood creates an “Internet of Value 2.0” revolution analogous to the “Web 2.0” revolution, that allowed everyone, not just programmers, to publish their own contents on the Internet.

The goal of CommonsHood is to democratize local financial instruments: it allows communities to create new types of tokens to support financial inclusion and to increase the sustainability of the local economy. In particular, it provides commons and associations with instruments to help finance themselves issuing tokens representing prepaid cards, crowdfunding, complementary currencies, and to share tools and infrastructures using tokens representing access rights. It provides small retailers with tokens representing loyalty tools. It provides institutions with purpose-driven tokens to reward volunteers. It allows the dematerialization of tickets and collectibles. All tokens can be distributed to the Wallet app of other users, directly or via websites, QR codes, or via proximity marketing using geolocalization.

The use of Blockchain allows us to construct an open, decentralized and disintermediated infrastructure to avoid the fees of and data control by platforms such as group-buying or crowdfunding websites. It allows citizens to use a single general-purpose app for multiple services, rather than many different ones, each for a different association and retailer, that will never reach a critical mass of users. And, above all, Blockchain allows new communities to replicate the CommonsHood infrastructure without the need for each to have their own trusted party.

CommonsHood has been developed by the University of Turin in collaboration with grassroot initiatives such as the Collaboration Pacts signed by citizens with the Municipality of Turin within the context of the new legislation on commons. CommonsHood will be trialled in the next few months in Turin and Athens with urban commoners, solidarity movements, institutions and associations of retailers, and the Wallet app is offered for use to all further initiatives in the territory. 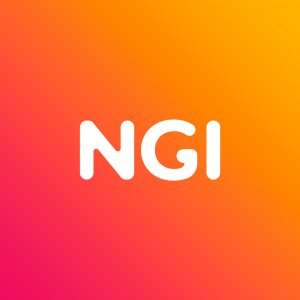