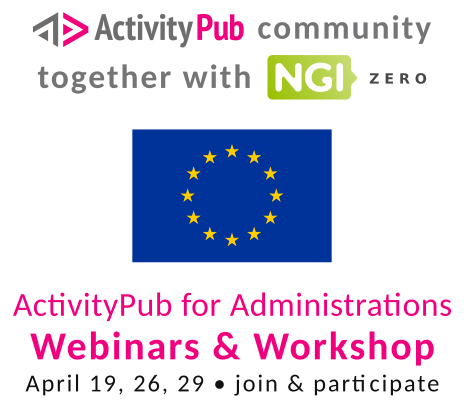 WHAT: Online webinars and workshop on federation and the decentralized social media protocol ActivityPub

Summary: Through two webinars and a workshop NGI Zero and the ActivityPub-community will showcase to national and European administrations how the decentralized social networking protocol ActivityPub can help European institutions retake their online presence.

Webinar 2 – ActivityPub, the EU and the future. Federation and its role in the decentralized technology landscape