The potential value of an internet trustmark

Could a digital ‘trustmark’ help better inform internet users while also enabling a bigger market around responsible and trustworthy technology? 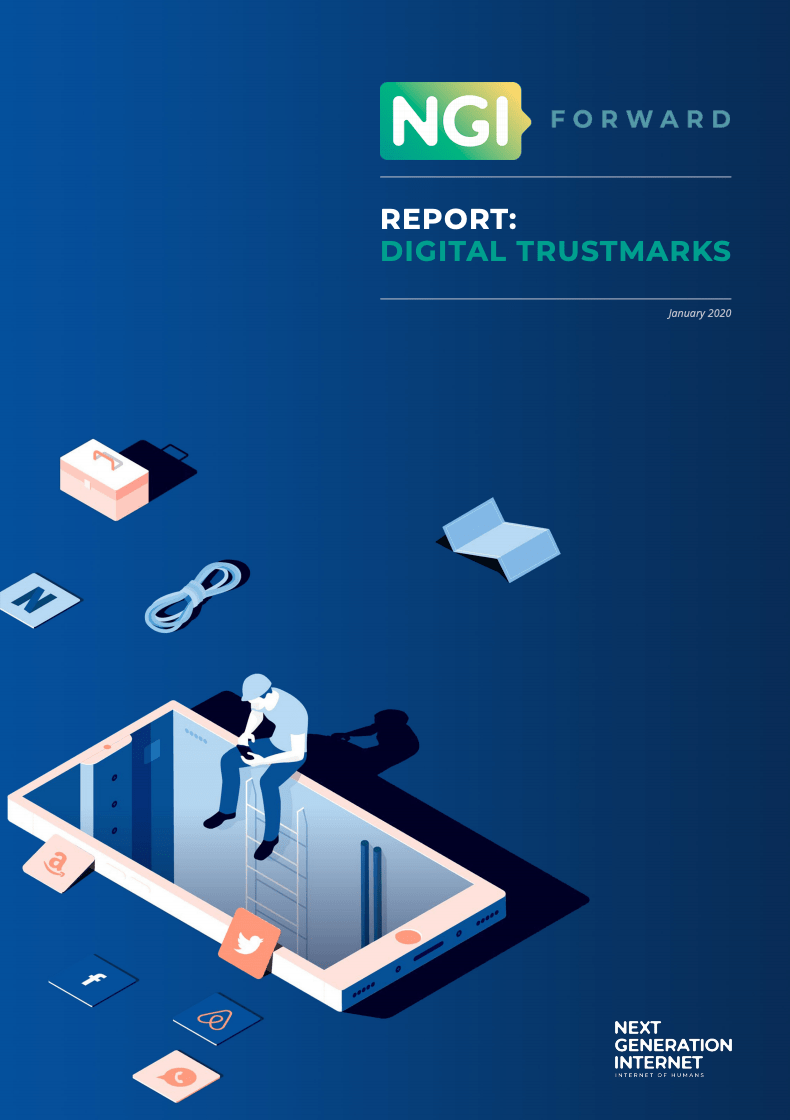 As part of the European Commission’s Next Generation Internet (NGI) initiative, we work to identify innovative solutions and policy tools that can help create a more human-centric future internet. Recently, we have been looking at trustmarks in the digital space and their potential as a building block for a more democratic, inclusive and resilient internet. Based on research at Nesta and interviews with leading experts, in our full report (PDF), we explore whether a digital trustmark is worth pursuing, what it might cover and how it could be governed.

The potential value of an internet trustmark

Trustmarks are widely used in other sectors, helping consumers recognise trusted providers and make more informed decisions about the goods and services they buy – think, for example, of the Fairtrade certification label for food and beauty products.

As part of our research, we spoke to people who develop responsible and ethical technology. As consumer trust in tech companies and digital service providers has eroded considerably in recent years and identifying trustworthy products remains a significant challenge for internet users, many of the respondents felt that a digital trustmark could be an effective way of protecting, informing and empowering citizens and consumers, whilst promoting transparency, accountability and responsible practice among tech companies.

Among our interviewees, there was also a sense that the creation of a digital trustmark is a vacuum waiting to be filled – and that, if a trusted institution acting for the public good doesn’t introduce one soon, the gap would likely be filled by commercially-driven and less accountable certification initiatives.

We found examples of several existing and emerging trustmark initiatives in different areas of the digital space, which aim to address specific problems of different tools and technologies:

While these existing initiatives are promising, so far no one has developed a comprehensive trustmark for the internet. Tools and technologies can be divided into discrete categories, but this doesn’t necessarily reflect a user’s experience – people engage with countless different connected products, services and technologies in their daily life. We were therefore interested in how one might go about developing a digital trustmark that covers many different issues and products at once – from cyber security to sustainability, and if such a comprehensive approach was the right one.

The challenges of designing an internet trustmark

From auditing developers’ black boxes to choosing meaningful product criteria, developing a comprehensive trustmark to address the diverse concerns of internet users presents serious challenges, some of which we have explored further in our full report.

Here, the first challenge we want to focus on is a conceptual one: how to design a trustmark that is simple enough for users to understand, while still conveying meaningful information about dynamic and complex digital technologies.

From a technical perspective, having separate trustmarks for different digital tools would make sense. After all, it is difficult to imagine a specific list of standards that are meaningful across the vast range of internet products, services and systems. However, having several little-known, potentially competing or overlapping trustmark initiatives is likely to have the opposite of the desired effect, serving only to cause greater confusion and even distrust among consumers. A single, comprehensive trustmark across diverse internet products, services and issues may stand a better chance of becoming widely recognised, and ultimately building consumer trust.

One potential solution is to create an ‘umbrella’ trustmark – this would balance the consumer’s need for a single, easy-to-identify trustmark with the organisational and technical need for differentiated product criteria. The umbrella trustmark could act as an overarching brand that consumers recognise as a sign of trustworthiness across the internet, while behind the scenes there would be an organisational ecosystem which defines and evaluates different standards for different tools.

Such a trustmark could build on a well-established labelling scheme, like the traffic light system (the red-amber-green labels commonly used for nutritional information), helping users understand a product’s ratings at a quick glance. This could be supplemented with a QR code system (like the SmartLabel initiative), which would allow users to seek out more granular information about a product. Adding a QR code and online repository would have the added benefit of accounting for the fact that digital products update regularly and can change significantly over their lifecycle.

Another major challenge would be how to govern the trustmark and assess whether participating companies meet the criteria, and whether these criteria should be supported through legislation outlining minimum standards. For any digital trustmark to be effective and meaningful, it has to also be recognised widely and perceived as legitimate and trustworthy. Ideally, then, the trustmark would be initiated and overseen by a large, transnational and publicly accountable organisation with enough capacity, resources and legitimacy, and its success will depend on adequate investment for development and publicity.

So is it worth it?

Developing a successful trustmark for the internet would be a highly challenging and ambitious project. So much so, that some experts have argued that it is not worth pursuing, and that instead we should focus on helping tech companies operate more responsibly.

Yet, the potential value of a comprehensive trustmark – to inform and empower consumers, drive competition and nudge businesses to do the right thing – should not be underestimated. In light of growing consumer distrust in technology, we believe Europe should seize the initiative and first-mover advantage by developing a shared digital trustmark to inform citizens which internet products and services operate responsibly and employ industry best practices.

Of course, this work should be undertaken through consultation with all relevant stakeholders – including national governments, independent regulators, companies and civil society. It can also build on existing efforts, some examples of which we outline in our full report. Some potential areas of focus that we have identified include: cyber security, privacy and data practices, transparency, bias and inclusive representation, and accountability.

In light of the European Commission’s recently announced Green Deal, we also believe that a digital trustmark can be a meaningful tool to address the sustainability and environmental impact of the internet, from energy-intensive video streaming and cloud services to hard-to-repair smartphones. This, in particular, is an area where more work, ambition and political will is needed.