Visions for an online world reboot, from Web Summit 2020

Web Summit 2020 (December 2-4), while hosted in Lisbon, was unsurprisingly mostly a virtual affair – aptly demonstrating the resilience of Internet-based technologies. Portugal’s Prime Minister, António Costa helped open the Summit by declaring, “The post-Covid world will be different, it is up to us to ensure it will be better.” As NGI’s mandate is to support the development of a human-centric Internet, we proudly participated in the Web Summit to attract new talent to our growing community.

Who in Covid-19 dominated 2020 would doubt our social and economic reliance on the Internet? It has enabled us to continue seeing loved ones while following physical distancing rules and allowed businesses to continue trading during shop closures.

At the same time, while some big tech companies experienced record profits, incomes for many were reduced or lost. While scientists have announced positive vaccine trial results (expedited in part by data sharing amongst researchers), misinformation about vaccines is also spreading across the Internet.

Whilst the coronavirus has accelerated digital transitions that were already underway, the Internet has amplified both utopian and dystopian visions.

Running since 2018, the Next was set up by the European Commission to re-imagine and re-engineer the Internet to be more human-centric, particularly in times of crisis. Where better to scan the horizon for the potential building blocks, and fellow builders, of a future Internet than at the Web Summit 2020 – previously dubbed: ‘Davos for geeks’?

From Deepak Chopra to deep learning

The packed and varied three-day event attracted 100,000 registered participants from 150 countries, with 800 speakers sharing knowledge and expertise on everything from launching unicorns, to creating an Artifical Intelligence (AI) version of wellbeing guru Deepak Chopra. As well as video presentation screens for discussion and debate, the platform provided space for participants to virtually mingle.

The event forcibly underscored that the common concept of the Internet as one technology, misses its revolutionary nature. The eruption of multimedia content, social media and the Internet of Things (IoT) offers unprecedented access to data and online services. Leveraging this data, AI in turn imbues networks, objects and services with autonomy. A consequence of ever-increasing connectivity between people, places and things, is the blurring of the boundary between the digital and real worlds.

An exemplar of this ‘augmented reality’ introduced at the Summit, was the prototype of a smart city developed by startup, the Terminus Group. Optimised with AI and big data, this robot friendly environment is designed to be sensing and sentient and so customizable to its inhabitants. “It’s almost like coming back to this idea of living in a village where even though it’s the first time you are there, the bar tender knows your favourite drink,” as project member Bjarke Ingels put it.

While this vision of the future showcases what smart technology can do, it begs the question driving NGI’s mission: What does it mean for Internet-based technology to be ‘human-centric’? Indeed, this question underpinned many of the Summit’s sessions, with answers obviously dependent on who was responding.

Perhaps simply stated, “We want the values we cherish offline to be online,” as European Commission President Ursula von der Leyen put it in her opening address. Michelle Bachelet reminded the audience that the rights to privacy and to protection from violence, are already enshrined in the Universal Declaration of Human Rights and apply on-line as much as they do off-line.

Going on to say, “Human rights should be central in developing tech policy, products and government frameworks,” for Bachelet the challenge was in the application. Taking the example of tech-enabled proximity tracing during the Covid-19 pandemic, she warned of the fine line between disease and population tracking – a line manageable if sound data principles were developed and followed.

It is clear that the journey to the next generation Internet will be marked by a series of balancing acts along many such highly consequential ‘fine lines’.

The high wire and the Net

While Ursula von der Leyen outlined how the tech sector had confounded predictions for 2020 with the value of the tech sector having risen by almost 50%, she admitted Europe was ‘still punching below its weight’.

Referring to herself as a ‘tech optimist’, Von der Leyen cited NextGenerationEU, the EU’s EUR 750 billion public investment recovery plan – with 20% earmarked for digital investment – as an initiative to encourage innovation and competition. It is designed to address infrastructure and skills gaps, as well as regulatory complexities. But these regulatory frameworks, such as the Digital Services Act and the proposed Digital Markets Act, as well as enabling fair market access, will also crucially protect consumer and citizen rights.

Margrethe Vestager, Executive Vice President of the European Commission for A Europe Fit for the Digital Age, sits at the heart of this regulatory debate. She conceded that while anti-trust laws seek to inhibit the unfair competitive advantages enjoyed by some big tech companies, matching the pace of technological development was a constant challenge. But, Vestager pointed out, ineffective regulations result in consumers and less well-resourced companies losing out through stifled innovation.

Vestager also highlighted the need to allow digital service users the right to access data held about them and to be protected from misinformation. “Citizens all over Europe deserve to have service providers who abide by simple straightforward obligations,” she concluded.

As was mentioned in a few sessions – such as that featuring Daniela Braga founder of DefinedCrowd and Carlos Moedas of the Calouste Gulbenkian Foundation – Europe already leads the way on regulation, with GDPR a prime example. But with Braga’s AI company reliant on data sharing, it was stressed that protective regulation should not inhibit business critical activities and so there was always a danger of actually over-regulating.

Blockchain was repeatedly referenced as a technology that could address trust, security, privacy and authentication concerns. Speaking in a masterclass, Charles Hoskinson of IOHK started by referring to a widespread degeneration of trust, vital to maintain in a globalised world. Stating that “there needs to be a trust reset,” Hoskinson offered blockchain as an elegant solution. Coming out of the open source developer community, blockchain presents time-stamped, auditable and immutable data which, with authentication distributed across multiple sources, is hard to tamper with.

While Hoskinson lauded blockchain for offering, “the missing bits for the promise of the Internet,” Web Summit 2020 foregrounded how trust is a much wider issue than data authentication, as it also influences access in the first place.

Speaking about how to build an inclusive economic recovery, Brad Smith, President of Microsoft, warned that without government policies to close the broadband and skills gap, the ensuing digital divide would diminish professional opportunities for many. A sentiment echoed in a session about educating the next generation.

Here founder of the India-based education platform BYJU’s, Byju Raveendran, emphasized that as many future jobs are yet to be imagined, preparation should rely on lifelong active learning. Raveendran pointed out that tech was good at delivering accessible and engaging content, as evidenced by his experiences in India in response to Covid-19.

A number of sessions also looked at inclusion from a gender perspective. Drawing on the experiences of female entrepreneurs Ana Maiques, the founder of Neuroelectrics, spoke about her difficulties to raise finance because of her gender. Another session mentioned that despite Ada Lovelace often being considered the world’s first programmer, only 30% of ICT workers are women, with only 19% getting to senior executive level. The session did also however hear from women who had worked for progressive and supportive companies such as British Telecom.

“Today more than ever, we need visionaries.”

Cometh the hour, cometh the visionaries

Ursula von der Leyen ended her address to the Web Summit with the clarion call that, “Today more than ever, we need visionaries.” The Summit underscored the fact that visionaries can’t be restricted to answering ‘what’ or ‘how’ questions – such as those around about specific technology and regulations – but also ‘why’ questions. Just because we can, should we? The answers reflect, reinforce and sometimes craft, our shared values.

Encouragingly, some suggestions were proposed by representatives of large global companies. For example, Barbara Martin Coppola of IKEA spoke of technology being a force for good when driven by simplicity, inclusivity and transparency. Equating the hidden cost of free tech services with the monetisation of user data, Coppola introduced a redesigned IKEA app which will allow users, at one click, to see what data is stored about them and how it is used. Brad Smith, Microsoft’s President had spoken about how no tech company, regardless of size, should take their license to operate for granted.

The film director Sir Ridley Scott, responsible for such visionary films as Blade Runner, spoke about his involvement with the GeSI’s Digital with a Purpose campaign, for which he was launching a trailer. He warned, “We are on the threshold of an abys and we are being too polite.” So to help drive forward progress with the Sustainable Development Goals, Digital with a Purpose was set up to leverage digital innovation in key areas.

Perhaps it would be most fitting to conclude with insights from Sir Tim Berners-Lee, inventor of the Web. Sir Tim emphasized the need for a ‘mid-course correction’ so that the Web could help better serve humanity, a aspiration he felt it was currently failing to do.

Sir Tim introduced ‘inrupt’ – his inclusive disruptor startup. This collective of investors, entrepreneurs, developers and academics are currently developing a highly ambitious Web decentralisation technology called Solid. Solid is a protocol which gives users control over their personal data through Personal Online Data Stores – or Pods. It is currently being trialed by the Flanders regional government as well as the National Health Service in the UK.

As Sir Tim enthused: “There’s a huge emotional energy out there to change things…” Co-founder and inrupt CEO John Bruce pointed out that an effective response to the Covid-19 pandemic had eluded many of the big tech companies before adding, “Let’s not lose an opportunity to change for the better.”

If you are filled with energy, want to be part of building a more human-centric Internet and have a pioneering project that could help pave the way – NGI open call funding could be the boost needed. 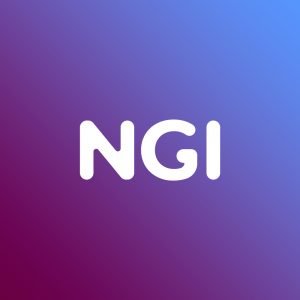 Salon: The future of Information access for search and discovery...
View Calendar
Add